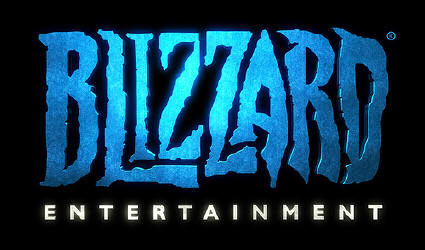 IRVINE, Calif.—November 19, 2014—On November 13, millions of Azeroth’s champions enlisted for the war against the Iron Horde with the launch of World of Warcraft®: Warlords of Draenor™, the fifth expansion to the world’s #1 subscription-based massively multiplayer online role-playing game.* Blizzard Entertainment today announced that as of the first 24 hours of the expansion’s availability, more than 3.3 million copies had sold-through† and the game’s global subscriber base had passed 10 million, with growth across all major regions.The release last week in North America, Latin America, Europe, Australia, New Zealand, and Southeast Asia brought some technical and demand-related issues that made the first few days especially challenging for many players. To address the issues, Blizzard worked around the clock to roll out a series of updates and increase realm capacity across the board, and performance has remained solid since then. The expansion launched today (November 20 local time) in South Korea, mainland China, Taiwan, Hong Kong, and Macau.“We’re thrilled that so many players jumped in to play Warlords of Draenor on day one and are having a great time with the new content,” said Mike Morhaime, CEO and cofounder of Blizzard Entertainment. “We poured a lot of hard work and passion into this expansion, and we appreciate all the kind words from players and the overwhelming support they continue to show for World of Warcraft.”

In Warlords of Draenor, Garrosh Hellscream has escaped through the Dark Portal to help forge the orc clans of old into the terrifying war machine that is the Iron Horde, intent on the destruction of Azeroth. Players must mount a desperate charge into the orc homeworld of Draenor and fight alongside and against legendary characters from Warcraft®’s history to bring down the warlords before all is lost beneath the tides of iron.

As Azeroth’s heroes explore the savage world of Draenor, they’ll build and manage a mighty Garrison, a customizable stronghold that grows with them on their journey; reach new heights of power and unlock bonuses on their way to the new level cap of 100; fight the opposing faction for control of Ashran, a huge and dynamic PvP zone; and take on a wide array of Dungeons, Raids, Battlegrounds, Challenge Modes, and more.

Warlords of Draenor is available now in a digital and physical Standard Edition (SRP: $49.99 USD) as well as a Digital Deluxe Edition (SRP: $69.99), which includes in-game bonus items forWorld of Warcraft and other Blizzard games. The expansion is also available in a retail-exclusive Collector’s Edition (SRP: $89.99), which comes equipped with the digital bonus items from the Digital Deluxe Edition as well as a full-color hardcover art book, a behind-the-scenes two-disc Blu-ray/DVD set, a CD soundtrack, and a Warlords of Draenor mouse pad. Players should check their local retailer for details and availability.

All versions of the expansion come with one level-90 character boost, making it easier than ever for new and returning players to experience Warlords of Draenor’s content alongside their friends and family.†† For more information, visit www.warlords.com.

With multiple games in development, Blizzard Entertainment has numerous positions currently available—visit http://jobs.blizzard.com for more information and to learn how to apply.

Best known for blockbuster hits including World of Warcraft® and the Warcraft®, StarCraft®, andDiablo® franchises, Blizzard Entertainment, Inc. (www.blizzard.com), a division of Activision Blizzard (NASDAQ: ATVI), is a premier developer and publisher of entertainment software renowned for creating some of the industry’s most critically acclaimed games. Blizzard Entertainment’s track record includes nineteen #1 games† and multiple Game of the Year awards. The company’s online-gaming service, Battle.net®, is one of the largest in the world, with millions of active players.

†Sales and/or downloads, based on internal company records and reports from key distribution partners.

††Players upgrading to Warlords of Draenor from World of Warcraft Starter Edition must wait until trial restrictions are removed before character boost becomes available (may take up to 72 hours).